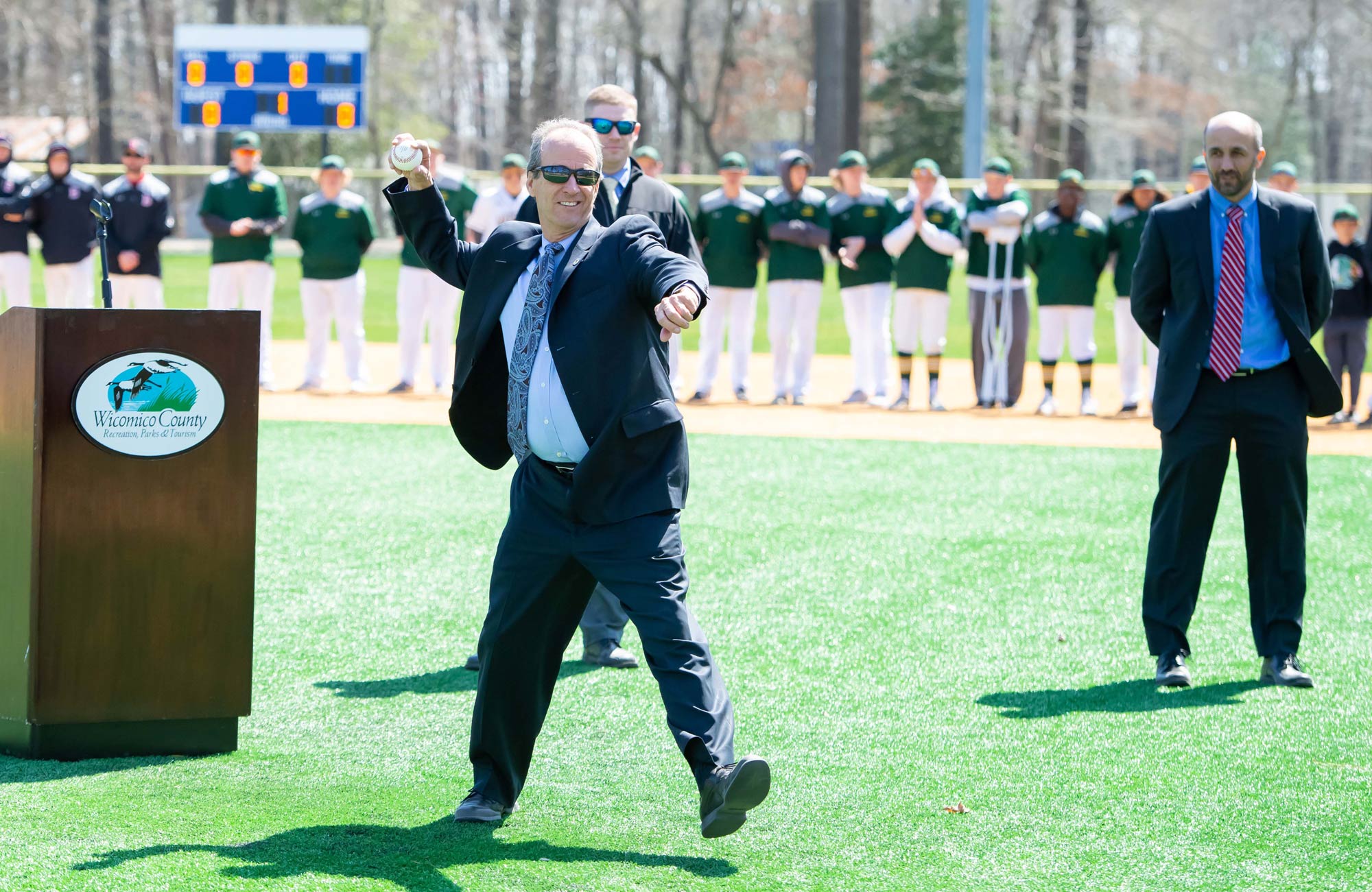 “Over the last year and a half, we have invested over 3 million dollars in this facility, renovating this field that you're on, building brand new fields and adding many other park amenities to make this the best baseball/softball facility in the state of Maryland, and arguably in the region," Miller said.

Six of the fields at the complex are lighted, and two have a new press box and scoreboard. Among the other amenities are concession stands and batting cages. The complex is home to community recreation programs as well as events such as the United States Specialty Sports Association Eastern National Championships and a new Youth Baseball Nationals tournament coming to the facility this year.

After Culver's first pitch on Thursday, high school baseball and softball teams played games on six of the fields.

In addition to the more than $30 million economic impact of national events, Miller said there will be plenty of opportunities for local residents to use the fields, including for high school and Eastern Shore Baseball League games, along with youth and adult softball and adult kickball.

“We're just so thrilled to be able to offer this to the citizens as a benefit to our community," Miller said.