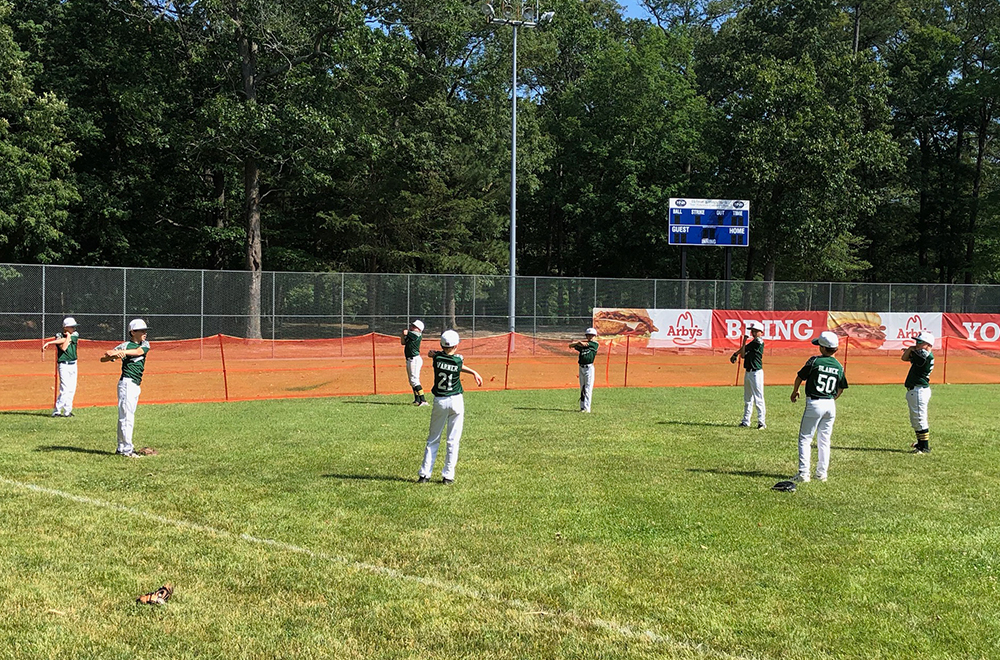 As kids ages 8-18 took to the fields Saturday morning, their excitement was palpable.

"None of this happened by accident," said Steve Miller, director of Wicomico County Recreation, Parks & Tourism. "Many hours were spent to prepare for this moment."

The complex looks a little different now. Bleachers are taped off or removed completely, spectator areas are marked with spray painted Xs on the ground indicating appropriate physical distancing, and other safety precautions are being taken. No one seemed to mind the new look.

Opening the complex to tournament play was a result of weeks of planning and preparation between Recreation & Parks, the Wicomico County Health Department and the Department of Emergency Services.

"They have been instrumental in guiding us as we prepared to reopen," Miller said.

Preparation was necessary on the tournament organizers' side as well, and Miller was impressed by Fruitland Baseball and its volunteers.

"This was a total team effort," Miller said. "I couldn't be more proud of the staff and volunteers who made this possible. It is inspiring to see what we can do when we work together."

"The last few months have been incredibly difficult for everyone in our community," he said. "This was an important step towards getting back on our feet."

County Executive Bob Culver was pleased to welcome players back to county fields over the weekend.

"It is important that families have some sense of normalcy in their lives after the last three months," said Culver. "It was a true undertaking for our employees to take the necessary steps to safely resume tournaments in Wicomico County. I applaud them for their hard work."

The return to tournament play was welcomed by organizers and participants alike.

"It's just good to be outside watching the kids enjoy themselves," said Kristen Wheatley, an Eastern Shore Force 14U parent, who attended the event on Saturday. "Everyone was social distancing. It was neat to see all the kids following the rules, and the parents, and the umpires and everything."

"It's time to let these kids out and be normal," Wheatley said.

Miller echoed that sentiment, saying, "It's great to see the kids back out on the ballfields."