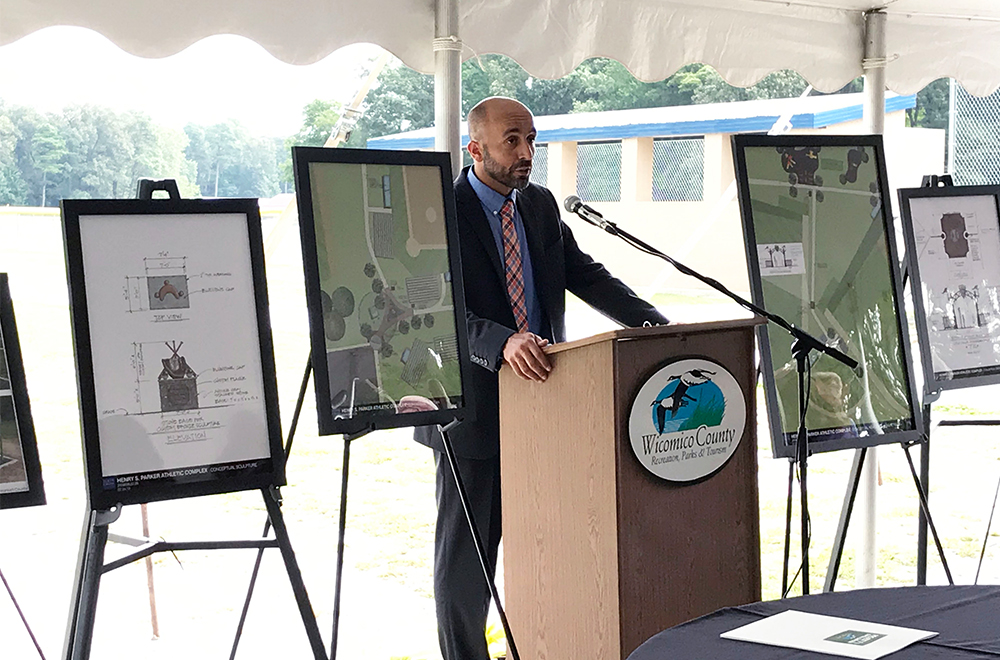 Announced in the spring, Project 7 ½ is designed to provide individuals with physical or mental disabilities the opportunity to play the sport of baseball.

With a proposed location between existing fields 7 & 8 at the Henry S. Parker Athletic Complex, field 7 ½ would serve as a host facility for Challenger Little League on the Eastern Shore and include other special needs programs.

Capital campaign funds will be combined with funding from Wicomico County and a State of Maryland Project Open Space grant for field construction and the addition of inclusive playground equipment, sensory trail and legacy areas.

County officials have set the capital campaign goal at $400,000, which they hope to meet by the end of this calendar year.

The campaign kicked off strong with a total of $55,000 in pledges from Pohanka, the Delmarva Shorebirds and the Community Foundation of the Eastern Shore.

Steve Miller, Director of Wicomico County Recreation, Parks & Tourism, has been encouraged by the response to Project 7 ½.

The Wicomico County Executive's Office has also been supportive of the initiative.

"We are excited about the opportunities that field 7 ½ would bring to Wicomico County," said Wicomico County Executive Bob Culver. "This will be another great asset for our community."

With funding in place, County officials expect to complete the construction of field 7 ½ by spring of 2020.

Donation/pledge forms can be downloaded from the Wicomico County Recreation & Parks website.

For more information about Project 7 ½ and the capital campaign, visit www.WicomicoRecandParks.org.